(CEV) “The Notebooks 1943”,  p. 472
Jesus says: “Let us together propel our gaze into the times which, like a placid dawn following a stormy night, will precede the Day of the Lord. You will no longer be present. But from the place of your rest you will exult over it, for you will see man’s combat nearing its end and sorrow fading to give the living time to fortify themselves for the last brief convulsion of the Earth, before hearing the command assembling it in all the living, past and present, from the time of Adam onwards.

I have already told you. My Church shall have her day of hosanna before the final passion. Then the eternal triumph shall come.

The Catholics -and the whole world will then know the Roman Church, for the Gospel will resound from the poles to the equator, and from one side of the world to the other, like a band of love, the Word will go- the Catholics, having emerged from a very fierce struggle, to which this one is only the prelude, sick of killing each other and of following brutal masters, will turn from the insatiable thirst for killing and insuperable violence towards the triumphant Cross, rediscovered after their long blindness. Above the great din of massacres and abundant blood they will hear the loving and forgiving Voice and see the Light, whiter than a lily, descending from the Heavens to instruct them for the Heavens.

Like a march of millions and millions of tribes, men will go with their spirits towards Christ and place their trust in the only entity on Earth in which there is no thirst for overbearance or desire for revenge.

It will be Rome that speaks. But not the more or less great, and enduringly great, Rome which they may obtain from the leaders of peoples. It will be the Rome of Christ. The one that overcame the Caesars; it overcame them without weapons or struggles, with a single force: love; with a single weapon: the Cross; with a single oratory: prayer. It will be the Rome of the great Pontiffs which, in a world darkened by barbarian invasions and dazed by acts of destruction, was able to preserve civilization and expand it among the uncivilized. It will be the Rome that stood up to the arrogant and through the mouths of her holy Elders was able to side with the weak and set the sting of spiritual punishment even in those who were apparently refractory to all remorse.

O different peoples, you cannot arrive at lasting agreement among yourselves. You all have the same aspirations and the same needs, and, as with scales, the weight of the good part of one is detrimental to another. You live so as always to get the better part, and you kill each other for this reason. It is a seesaw affair which gets worse and worse.

Listen to the voice of the one who is not thirsty for domination and, in the name of his Most Holy King, wants to reign only over spirits. There will come the day when, disillusioned with men, you will turn to Him who is already more spirit than man and conserves only that minimum of humanity needed to make you convinced of his presence. There will come from his mouth, which I inspire, the words similar to the ones I would say to you-I, the Prince of Peace. He will teach you the most precious pearl of mutual forgiveness and convince you that there is no weapon more beautiful than the ploughshare and the scythe which wounds the glebes to make them fertile and cuts the grass the make them more lovely. He will teach you that the holiest labor is that which is performed to obtain bread, clothing, and a house for one’s brothers and sisters and that only by loving one another as brothers and sisters is there no longer knowledge of the poison of hatred and of the tortures of wars.

Children, begin the march towards the Light of the Lord. Do not go further, groping in the blind darkness. My beloved ones at the head, overcoming every human fear, for I am with you, O those dearest to my Heart, the others drawn along by the example of my saints-begin this new Exodus towards the new Earth, which I promise you and which will be your very same Earth, but changed by Christian love.

Love them with the love of redeemers, placing your faith in Christ as a bastion between them and yourselves. You are not strong enough to be able to live in their midst without danger. Too many centuries of increasingly marked spiritual decay have weakened you. Imitate the early Christians. Be able to live in the world, but isolated from the world by virtue of your love for God.

And never submit to regarding as a superman the wretched man who does not differ from the beasts because his best part -the only thing that does not make him worse than a beast- is entirely in instinct. The Prophet says, ‘Leave aside, then, the man whose spirit is in his nostrils .’ I want you to interpret the sentence in this sense. The animal deprived of breath is nothing but unclean remains.

Once its nostrils are closed to this breath, it ceases to exist and becomes a carcass.

There are many men who are not superior to it, having no other life except the animal life which lasts as long as breath lasts in them. The spirit is dead, the spirit made for the Heavens. It is thus right to say that there are men whose spirit is the breath of their nostrils and from whom it is best to remain at a distance spiritually so that the breath of Satan and of the bestiality emerging from them will not eat into your humanity and make it like theirs.

Pray for them, O you blessed ones. That is charity. And that’s enough. Words do not enter into those closed to the Word. And do not think that the one fuming and breathing out his overbearance and his pride from his nostrils like a raging beast is sublime. Only those whose spirits are alive and are thus children of God are sublime. The others are poor things whose fictitious elevation is destined for a great collapse and whose memory does not survive except as the memory of scandal and horror.” 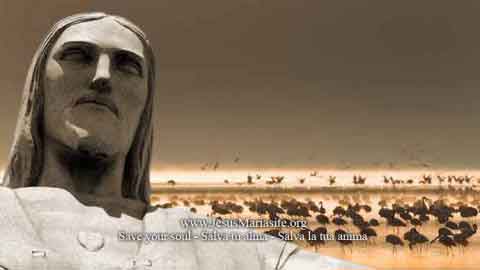 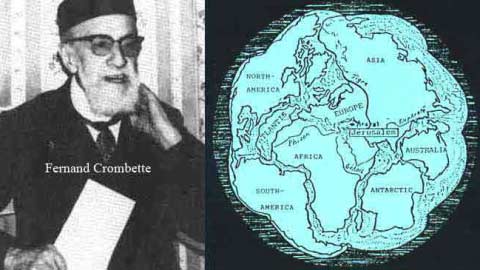 The End of Our Time

The Seven Seals. The Antichrist and Judgment

Priests as “Stars” in Christ Firmament

The Seven Last Plagues. The Earth As Babylon

Events in the Last Times

My Wrath is building up in the Heart of My Son

Rush to start the Five First Saturdays of the Month