Gianna Jessen came into the world as a surprise. Her 17-year-old mother knew she was pregnant. She also knew she didn't want to be. She underwent an abortion procedure, having toxic saline solution injected into the womb during the third trimester

On September 15, 2008, Hannity & Colmes interviewed abortion survivor Gianna Jessen about her participation in the BornAliveTruth.org ad campaign. In this powerful ad, Gianna questions Barack Obama for his active opposition as state senator to IL’s Born Alive Infants Protection Act. Gianna was aborted 31 years ago by a saline abortion procedure. Born Alive was introduced to stop IL hospitals from leaving babies who survived their abortions in soiled utility rooms to die. Gianna testified for the federal Born Alive Infants Protection Act in 2001 and attended the presidential bill signing in 2002. Born Alive passed on the federal level overwhelmingly. The abortion group NARAL even expressed neutrality on the bill, which passed unanimously in the U.S. Senate 98-0. Barack Obama is such an abortion extremist, he has positioned himself to the left of the entire U.S. Senate and NARAL. If it were up to Obama, Gianna would not be here today.

Gianna Jessen came into the world as a surprise. Her 17-year-old mother knew she was pregnant. She also knew she didn’t want to be. She underwent an abortion procedure, having toxic saline solution injected into the womb during the third trimester.

Jessen, then in the womb for 7½ months, spent 18 hours in the solution. “It burns the baby inside and out,” she said. “(The mother) is to deliver a dead baby within 24 hours.” But when a 2-pound Jessen emerged, she was alive.

“I did not die that day,” Jessen said. “I was delivered alive in a Los Angeles County abortion clinic in a room full of teenage girls who had already had the saline injections and were feeling their children die inside of them.”

Jessen will tell her story Friday at a Sanctity of Life Rally in Modesto sponsored by the “11th Hour” TV program.

Raised in California, Jessen lives in Nashville, Tenn. She has traveled the world since she was 14, telling of her experience.

Jessen spent her first three months in a hospital incubator. Doctors at the hospital did not expect her to live, she said. But she did. She was then put in emergency foster care, before being placed at 17 months with a foster mother who would become her adoptive grandmother. Afflicted with cerebral palsy resulting from lack of oxygen in the womb, Jessen was “32 pounds of dead weight,” she said. She wasn’t expected to hold up her head, sit up, crawl or walk.

Her foster mother worked with Jessen, who at age 3½ began to walk with a walker and leg braces. Today, she walks with a slight limp in her left leg.

Jessen has done indoor rock climbing and is training for the Music City marathon in Nashville in a few months. She plans to take swing or tango dance lessons after that. Jessen also writes and performs songs, ranging from love ballads to social commentary.

“Never say never,” she said in a recent phone interview. “A person and God always have the opportunity to progress. No matter what point you are at, you can always do something, even if it is just the tiniest thing.”

On Christmas when she was 12, Jessen learned she had survived an abortion attempt. Before, when she had asked why she had cerebral palsy, her adoptive mother — the daughter of her foster mother — told her hers was a traumatic, premature birth. But that day when she asked, her mother decided Jessen was ready to hear the truth. She told her that her biological mother was young and without hope.

“I was aborted, right?” Jessen asked. Her adoptive mother confirmed it. Jessen was calm.

“It must have been the Lord, because I didn’t freak out,” Jessen remembered. “I totally believe that the Lord Jesus spared my life and I would not be walking today if it were not for the grace of God and the power of Christ. I know that when you need God to walk every day, you know that God is real.”

Jessen said she never dwelled on feelings of rejection, and someday wants to have or adopt children herself.

Louise Shatswell, producer of “The 11th Hour,” said she hopes those who hear Jessen will be touched by her story and “that their eyes will be opened to the reality of life at that stage of life.”

The rally will include a question-and-answer session with Jessen, as well as counselors and literature from the Modesto Pregnancy Center.

It’s impossible to know exactly how many babies survive abortion procedures, but it is rare, said Jessen, who met 11 others — ranging in age from young children to 65 years old — at a conference about 10 years ago.

Shatswell thinks Jessen’s appearance brings another view to a society that endorses the idea that “if you don’t want it, get rid of it,” she said. “I don’t believe the majority of people who get abortions are really informed about what they are doing.

“She is a living example of an unborn child being a child and not being a thing, a glob, an unidentified piece of nothing,” Shatswell said. “It’s a real-life living baby … and the sanctity of life that the Bible gives doesn’t sanction killing a child, whether in the womb or outside the womb.”

If a woman told her she was considering an abortion, Jessen said she would listen to her, then lead her to a pregnancy crisis center for tests and counseling.

“I would say that choosing to have an abortion is something she would never forget,” said Jessen, who advocates adoption.

“Can’t we just give a little and say, ‘I may not be the best mother for this child, but I love this child enough to sacrifice for it’?” she asked. “Isn’t that the ultimate love?”

Jessen is conscious that examples speak louder than words. She often talks to young people about the value of chastity, modesty and honor. She wants to remind people that all of their choices have consequences.

“My biological parents made some really poor choices,” she said. “I forgive them for what they did (but) I live every day with the result of the ‘choice’ that my biological mother made 27 years ago. So it’s ridiculous to think our choices on a moment-by-moment basis only affect us. They always affect someone else, for good or ill.”

Jessen is sometimes unprepared for the grief that pours out from others when they hear her story. “Women who have had abortions have come up to me crying, saying, ‘I wish I had never done this. I had no idea the pain I would live with for the rest of my life,'” she said.

Men, too, have talked to her of feeling powerless or regretful about supporting an abortion. “At the end of the day, I do a lot of listening,” Jessen said.

It’s not all listening. She met President Bush in 2002 and has appeared before Congress, including speaking against partial-birth abortion in 1999 and in support of the Born-Alive Infants Protection Act in 2000.

She said she doesn’t often think about her mother’s abortion. “I just spend my life trying to smile and overcome,” she said. “Sometimes, it does hit me, ‘Oh, my gosh, I was aborted; that’s huge.’ There are days I think about it and I think, ‘This is amazing.’ But my whole life has been, so far, kind of an adventure. I really look at life that way.” 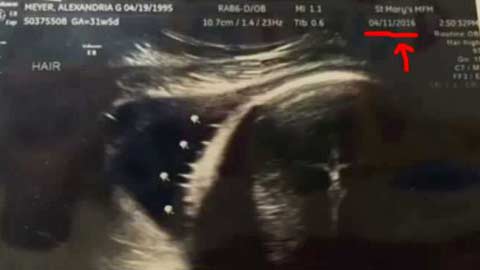 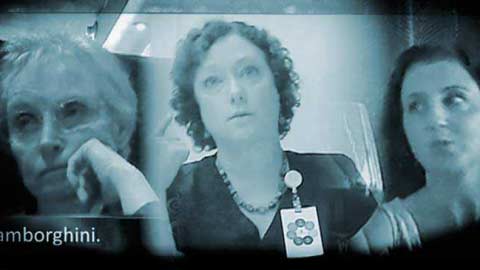 Trafficking in aborted baby parts is a national problem that crosses state and national lines and...