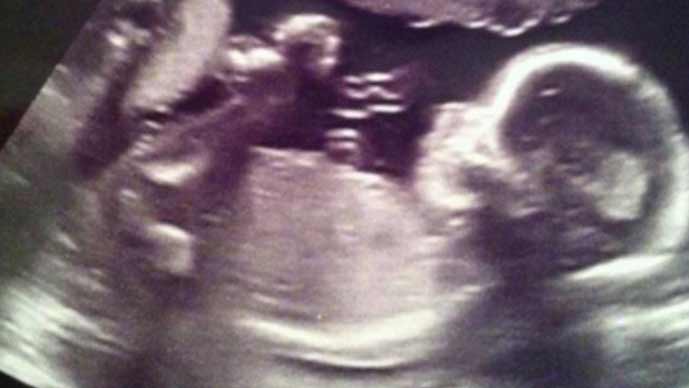 “Like many moms, Kelly Lewis of Wales believes she saw something beautiful in an ultrasound photo. But not only did Lewis get a glimpse of her baby—she also saw what appeared to be a heavenly figure regarding her unborn child from above.

“It looks just like an angel is leaning over my baby, with a cherub face as well hovering over the baby. It’s so clear, no one could believe their eyes when they saw it,” Lewis told The Mirror about the image, captured during her pregnancy with daughter Harper in 2012.”

After Two Miscarriages, Angel in Ultrasound Convinced Mom This Threatened Baby Would Make It 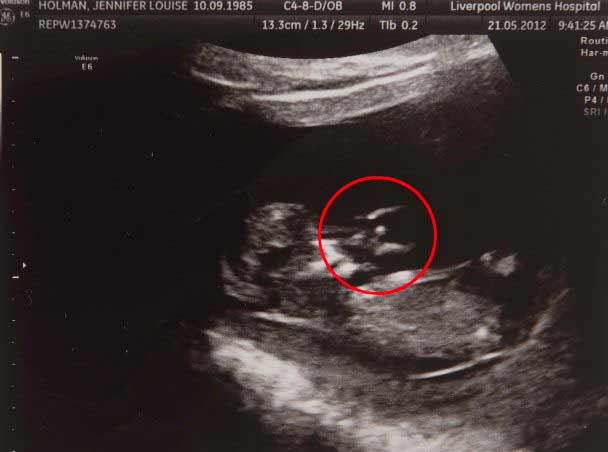 Mum sees ‘angel’ in ultrasound image of her miracle baby

Jennifer Holman, from Liverpool, England, gave birth to her son Joseph in a dramatic delivery that almost took a heartbreaking turn. She was two weeks past her due date and had to have an emergency C-section. Joseph’s heart rate then quickly started to slow, but a previous divine message kept Holman hopeful.

The mom-to-be had already suffered two devastating miscarriages, but she was confident this child would pull through no matter what. Her faith came from a figure she saw in her 16-week ultrasound. Right above her child’s shoulder was what appeared to be an angel. “It was my mom Lynda who actually noticed—as soon I sent her the picture she was on the phone telling me how amazing it was,” she told the Mirror.

From them on, she felt an angel was looking after her miracle baby, even after another scan revealed that the umbilical cord was wrapping around his neck. “I have no idea what caused the angel to appear on Joseph’s shoulder—I’ve never looked into it too deeply…I guess it’s appropriate—an angel was looking over him after all.”